Bioenergy has increased in popularity as a desirable form of energy over the past decade. Europe has been the leader in this innovation, driven predominantly through the use of wood waste from the United States. However, sustainability and the high carbon footprint associated with the transportation of the material often long distances between source and energy plants, and the industry in general have been controversial.

Yet there are instances in which bioenergy can be a truly sustainable source of power, in a context where alternatives are simply not feasible.

The island nation of Indonesia is one of the fastest growing countries in the world. Their deforestation footprint is significant, grouping them together with China and the United States as one of the world’s top emitters of greenhouse gases.

Under Widodo’s proposed energy reform, a government mandate of moving the country towards renewable forms of power, and in the context of an island nation, there are three main requirements which determine the suitability of any particular form of renewable energy: it must be distributed; it must be local; and it must be available on demand. Bioenergy meets all these requirements.

Indonesian entity Clean Power Indonesia (CPI) has signed an exclusive agreement to bring General Electric’s biogasification technology to the island of Bali. With an ever growing tourism industry, the island’s need for energy is on the rise.

But for bioenergy to be both renewable and environmentally positive, a secure and stable feedstock is required, and this feedstock must be produced to the benefit, rather than the detriment of the environment. The solution? Commercially grown and sustainably harvested bamboo.

US based EcoPlanet Bamboo Group has co-invested with CPI in the development of GE’s plant, and committed to convert degraded land in proximity to the bioenergy facilities into a permanent source of feedstock. Non invasive tropical clumping bamboo reaches maturity within seven years, and thereafter a portion of each plant can be harvested annually, providing a continuous supply of biomass without the need to replant, and maintaining a continuous canopy cover and ecosystem.

Grown on degraded land, and with minimal transportation requirements, this closed loop production system will provide a carbon neutral form of power to an island well known for its positive attitude towards green living.

And the added benefit? The restoration of degraded land into bamboo forests has been shown to regenerate water tables, securing more regular rainfall patterns and increasing the occurrence of streams, rivers and other water bodies.

EcoPlanet Bamboo Group has already proven the concept of sustainability with regards to the commercial production of bamboo feedstock. The company’s plantations in Central America are triple certified with Forest Stewardship Council for their sustainable management, Verified Carbon Standard for their climate change benefits, and gold level Climate, Community and Biodiversity Standards for their quantified positive impact on both the environment and surrounding populations.

If the model is successful, its potential to be replicated across the Indonesian archipelago and provide an alternative to the use of diesel generators is immense. 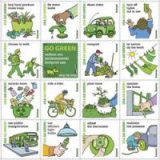 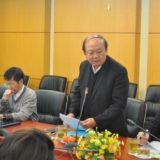