While Vietnam has been losing its tourism appeal to holidaymakers worldwide, tourists from the Southeast Asian country are valued customers of many tour organizers in other countries as they are willing to pay for overseas trips. Vietnamese tourists are seen on Boracay Island in the Philippines

Around five million Vietnamese people spent their holidays outside the country last year, a healthy growth rate of up to 20 percent, according to the Vietnam Travel Association.

The figure is expected to continue rising this year and Vietnam has emerged as a potential market for travel firms around the globe, the association said.

“If each Vietnamese vacationer spends an average of US$300 per trip, Vietnam loses some $1.5 billion from tourist spending annually,” said the association’s deputy chairman Vu The Binh.

This is quite contrary to the fact that the number of international tourists choosing to spend their holidays in Vietnam during the first two months of this year dropped 10.6 percent compared to the same period last year, according to the Vietnam National Administration of Tourism.

Industry insiders have pointed to the country’s lack of diversified tourism products, rigid visa rules, and a polluted environment.

But these shortcomings cannot be found in other regional countries.

With Japan easing visa requirements for Vietnamese on organized tours starting late last year, the number of Vietnamese tourists traveling to the East Asian country has soared dramatically, according to industry insiders.

“Long lines could be seen in front of the Consulate General of Japan in Ho Chi Minh City on a daily basis after the Lunar New Year [in February],” Thu Pham, a tourist guide, told Tuoi Tre (Youth) newspaper, referring to the visa application for trips to the East Asian country.

“You would not see this a year earlier.”

The general director of a tour organizer in Ho Chi Minh City also said bookings for Japan packages to watch the cherry blossoms have increased 40 percent compared to last year.

His company has also managed to find customers for packages to the EU, the U.S., and such regional destinations as Cambodia and Thailand.

The company received 150 bookings worth a total of VND920 million ($42,874), more than 50 percent of which are for packages to the said destinations, during its first day attending the week-long Ho Chi Minh City Tourism Festival 2015, which concluded Sunday, according to the executive.

Many other major Vietnamese travel companies told Tuoi Tre there are huge numbers of bookings for tours to South Korea, Taiwan, and the U.S.

The third annual Vietnam International Travel Mart, the country’s largest such event, is slated to run in Hanoi from April 3 to 6.

Representatives from other countries’ tourism administrations will account for nearly a third of the booths at the event to attract Vietnamese customers, according to the organizers.

The approaches other countries apply to attract Vietnamese vacationers could make travel firms in Vietnam envious as they seem unable to receive such support from local tourism authorities.

Many websites of the national tourism administrations of other countries are available in the Vietnamese language, and they provide detailed information on where to stay, what to do, or how to use public transportation in their countries.

“We feel upset seeing that they have such a professional approach to promoting tourism,” the director of a local travel agency said.

While Vietnam has been criticized for failing to introduce their tourism beauties to the world through effective marketing campaigns, the travel agencies of other countries are hugely supported by their tourism authorities to do so.

“The tourism administrations [of other countries] give financial support to run ads in Vietnamese media or to print leaflets or brochures,” said Nguyen Quoc Ky, general director of Vietravel, a leading travel firm in Vietnam.

“Their ultimate goal is to have as many Vietnamese tourists visiting their countries as possible.”

The mayor of the Japanese city of Sapporo has also come to Vietnam to meet with local travel companies and proposed helping them with bringing Vietnamese holidaymakers to Japan.

“He came and asked what they could do for us to bring [Vietnamese] tourists to Sapporo,” Ky recalled.

Vietnamese tourists usually follow the ‘golden itinerary,’ which covers Tokyo, Mount Fuji, Osaka, and Kyoto for their Japan trips, and other Japanese localities are trying to attract these vacationers to their own destinations.

“Representatives from authorities of many Japanese localities have also come to Vietnam and asked us to bring tourists there,” said Lam Tu Khoi, director of outbound tours with Saigontourist.

“They are willing to cut prices, reduce or exempt airport fees, and provide shuttle buses for us, as long as Vietnamese tourists will visit their localities.” 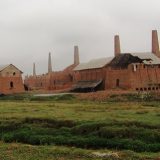 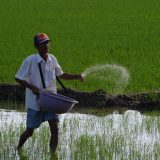