The EU is reliant on imports to meet its demand for fish and seafood. “For the EU as a whole, fish dependence day is now 8 July (2013), indicating that almost one-half of fish consumed in the EU is sourced from non-EU waters.” For example, figures from 2011 show imported species such as Alaska pollock, tuna and Pangasius contribute to 40.3% of total fish consumption in Germany. Another example would be in the Netherlands where tuna was listed 2nd followed by Pangasius as 3rd for volume in 2012.

With the EU population (27 countries) estimated to increase from 501,044,066 in 2010 to 522,342,413 in 2030, this represents an additional market of 21,298,347 which is almost the equivalent of the 2010 populations of Belgium and Greece combined.4 When the FAO forecasted growth of 2 kilos in per-capita- consumption from 22 to 24 is factored in, Europe will continue to represent an important marketplace for fish and seafood products.

However, FAO’s Globefish summed up the current Pangasius situation in Europe as follows in their June 2013 Pangasius market report:

Eurostat reports that in 2012 the EU imported 22% less pangasius than a year ago totalling 143 200 tonnes at a value of USD 376 million, down 24% from 2011. The average import price also weakened by 2.4% to USD 2.63/kg in 2012. The largest markets in the EU were Spain, the Netherlands, Poland and Germany; all of them experienced declines in imports from Viet Nam. However, several markets within the EU showed positive growth; these are Belgium, Greece and Latvia.

Against this backdrop, there have been other positive developments.

“Although imports into the German market declined in 2012, pangasius remains popular among consumers. It is the fifth most consumed fish in Germany. Recently pangasius products bearing ASC certification have been available on the market. The certification recognises farms that subscribe to farming in a responsible and environmentally friendly manner. The first pangasius products to obtain the ASC label come from 13 certified farms in the Mekong Delta area in Viet Nam. Together they are responsible for 10% of total production. Products with this label are now available in many supermarkets across Germany. Brands and companies, such as Topsea, Frosta, Femeg, Queens and Profish, offer pangasius products with the ASC logo.”

“Carrefour has been actively improving the quality of its seafood products for over 10 years. Aware of the global urgency to preserve marine resources and to safeguard the future of the industry and its immense workforce–200 million people rely on the seafood chain production–Carrefour has pledged its contribution to the sustainable consumption of fish products.

To achieve its goal, Carrefour has created a large offer of fresh and frozen seafood products that incorporate environmental concerns and are certified against high quality standards. One example is that all their fresh and frozen pangasius (freshwater catfish) is GLOBALG.A.P. certified.

As part of its policy to preserve transparency and provide information to its consumers, Carrefour will actively link its customers to the GLOBALG.A.P. aquaculture consumer website, which has been set up as part of GLOBALG.A.P.’s consumer awareness campaign.

Starting in 2013, Carrefour will print the website address www.mon-poisson.info directly on the packaging of all frozen 3angasius available in Carrefour’s supermarkets in Europe and sold under Carrefour’s own brand. The aquaculture site will give Carrefour customers information on the Good Aquaculture Practice that GLOBALG.A.P. certifies. Customers will also be able to find the exact farm origin of the fish they eat. They can do this using the GGN on the packaging, the 13-digit unique number that GLOBALG.A.P. assigns to each certified producer. This data is available on the GLOBALG.A.P. Database and searchable via a public search tool, which has been added to the aquaculture consumer website.”

In the UK (highlights added):

“Sainsbury’s will be the first major retailer in the UK to launch Aquaculture Stewardship Council (ASC) certified River Cobbler from this week. Farmed in South East Asia, this white fish is a step towards more responsibly farmed alternative fish being available in the supermarket.

The fish, which is an alternative to Cod and Haddock, is native to the Mekong Delta and has been commercially farmed there since early 2000. Sainsbury’s has been working with ASC since 2011 to ensure the fish from Vietnam can be certified. The process involves assessing the comprehensive environmental and social criteria as set by ASC standard – this includes the need to conserve local biodiversity and impact on the local communities. Of particular importance is to ensure the feed used is sourced from known and sustainable sources.”

Additionally, the European Rapid Alert System for Food and Feed showed a decline in notifications regarding Pangasius raised in Vietnam from 24 in 2010 to 4 in 2012. During the same timeframe border rejections were reduced from 14 to 2.

The sourcing policies developed by retailers often include commitments to aquaculture certification schemes. Within Europe there are 5 primary aquaculture certification schemes to choose from: the Aquaculture Stewardship Council (ASC); Friend of the Sea (FOS); the Global Aquaculture Alliance (GAA); GlobalG.A.P. and organic schemes (whether EU or other). On the ASC’s “Partners and Supporters” webpage the following European retailers are listed as supporters: Ahold (the Netherlands); Metro Group and Edeka (Germany); and Migros (Switzerland). Friend of the Sea lists suppliers of certified product in Europe on their website. For Pangasius, 3 suppliers are listed serving greater Europe, these suppliers are based in the Netherlands and Switzerland.13 The GAA website features a webpage devoted to market endorsers. European retailers listed include among others: Aldi UK, ASDA, The Co-operative, Morrisons, Tesco and Waitrose (UK); Delhaize (Belgium); Metro Group and Rewe (Germany). GlobalG.A.P. has a number of European retailers serving on their Aquaculture Technical Committee these include: Aldi Süd, Metro Group and Rewe (Germany); El Corte Inglés (Spain); Aldi UK, ASDA, Morrisons, Sainsburys and Tesco (UK); Ahold (the Netherlands) and Carrefour (France and Spain).

The European marketplace is highly consolidated and comprises the overwhelming majority of the top 25 retailers globally.

Finally, A new initiative the Global Sustainable Seafood Initiative (GSSI) has been launched to help retailers assess certification schemes with the following mission and objectives.

–       Creating an internationally agreed set of criteria and indicators to measure and compare the performance of seafood certification and labelling programs, in order to facilitate their implementation and use;

–       Providing an international Multi-Stakeholder Platform for collaboration, and knowledge exchange in seafood sustainability; and

GSSI is currently in the development phase with the goal of being fully operational by 2015. A number of European stakeholders are directly involved in the initiative.

Study on market potential of sustainably produced Pangasius in Europe 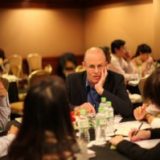 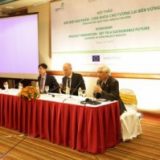