News
You are here: Home1 / News2 / Production and Sustainable Consumption News3 / Global warming? No, the planet is getting cooler

MORE than a million square miles of Arctic seas have frozen in the past year as a new environmental trend takes hold, dubbed “global cooling”. A polar bear with two cubs, which were thought to be at risk from melting sea ice [GETTY]

The extraordinary “reverse” of global warming has led to a 60 per cent rise in ice-covered ocean. Just six years ago, some scientists were predicting that all of this ice would have melted away by 2013.

The big chill has persuaded some experts that temperatures will keep falling for decades and throws fresh doubts on claims that global warming will devastate the planet.

Details of the latest twist in the debate emerged in a secret memo to the United Nations Intergovernmental Panel on Climate Change.

It says that a chillier-than-usual summer has left a thick ice layer stretching from the Canadian islands to the northern coast of Russia. The ice prevented dozens of yachts and a cruiser getting through America’s North-West Passage.

The memo surfaced days before the Arctic freeze is about to begin and six years after warnings that global warming would melt the ice by this winter. An ice-free Arctic was boldly predicted in a 2007 BBC report, which quoted ­Professor Wieslaw Maslowski, of the Naval Postgraduate School in Monterey, California.

He said his grim but conservative estimate was provided by the most realistic computer models. Cambridge University expert Professor Peter Wadhams added: “This is not a cycle, not just a fluctuation. In the end, it will all just melt away quite suddenly.” On the back of the dire warnings, billions of pounds were invested in green measures to combat agents of climate change such as greenhouse gas emissions.

But the secret UN memo reveals that the ice has spread quickly following the smallest ever frozen surface area, this time last year.

It also shows how governments who fund the panel are terrified at the implications of the new predictions.

They have demanded 1,500 alterations to a report the panel is due to publish – the six-yearly Assessment Report – to reflect the new climate predictions.

UN chiefs have now planned a crisis meeting and a pre- summit gathering next month.

Scientists believe future changes depend on the extent to which global temperatures are influenced by carbon dioxide emissions.

They also differ in their estimates about how much of the 0.8C rise in the past 150 years is caused by human activities and not natural variation.

The UN memo’s authors say they are “95 per cent confident” that global warming has been caused by greenhouse gases, which have risen by 90 per cent in the past six years.

But US climate expert Professor Judith Curry said carbon dioxide is less influential and ocean temperatures are more important, leading to a period of cooling.

She said the world might be approaching a period similar to that from 1965 to 1975, when temperatures fell over a longer period – leading some scientists to predict a new ice age.

Professor Anastasios Tsonis, of the University of Wisconsin, said: “We are already in a cooling trend, which I think will continue for the next 15 years at least. There is no doubt the warming of the 1980s and 1990s has stopped.”

Experts from across the scientific spectrum accept that temperatures have levelled off and Britain’s Meteorological Office has produced three reports on the subject.

In July, one of the studies by the Met Office’s Hadley Centre, in Exeter, said: “Global mean surface temperatures rose rapidly from the 1970s.

“But there has been little ­further warming over the most recent 10 to 15 years to 2013. This has prompted speculation that human-induced global warming is no longer ­happening, or at least will be much smaller than predicted.”

But the authors said the pause was consistent with long-term warming, adding: “Periods of slowing down and pauses in surface warming are not ­unusual in the instrumental ­temperature record.

“Second, climate model simulations suggest that we can expect such a period of a decade or more to occur at least twice per century, due to internal variability alone.”

They insisted: “The recent pause in global surface warming does not, in itself, ­materially alter the risks of substantial warming of the Earth by the end of this century.”

Value Chain of Bamboo and Rattan 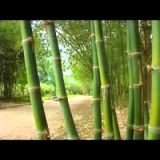